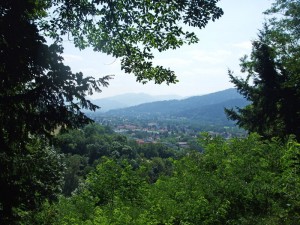 One afternoon last summer I was sitting on a rock in the middle of the Dreisdam river in southwest Germany. The family was on a camping holiday in Freiburg im Breisgau, and my son Rory and I had gone down to the river, like many of the locals, to read, with our feet pleasantly cooled by the babbling water. But I’d left my book on the bank; I had a lot of thinking to do. It was one of the first days in nearly two years that I hadn’t written the word ‘fracking’, mostly because I hadn’t written anything at all that day. Since the news had emerged of the granting of a petroleum licence for Fermanagh, where I live, to Tamboran Resources, a licence with an integral work programme including the fracking of two shale gas wells, I’d been very busy.  As one of the first members of the Fermanagh Fracking Awareness Network (FFAN) I had taken on the dual roles of editing its website, frackaware.com, which in practice meant writing almost all of its articles, and of legal co-ordinator, which involved lots of research, more writing, and plenty of Freedom of Information requests. I’d even written a book called Fracking Up.

It was a tiring business, but satisfying; we could see around us the change in public opinion that solid scientific and economic evidence had brought about. At first people had been dazzled by wild promises of jobs and cheap energy but now these were proving to be largely mythical, and the reality, of potential health problems, damage to the region’s essential tourism and agriculture sectors, and irreparable destruction of an extraordinary natural environment, was becoming ever clearer. But public opinion could only do so much; more was dependent on the actions of politicians, and though we were able to talk to many ministers, MLAs (members of the Northern Ireland legislative assembly) and local councillors, their ultimate motivations were beyond our influence.

It was with that, rather dampening awareness, that I’d gone away on holiday, grateful for a few days’ respite from well casings and the Habitats Directive. But Freiburg was beginning to make me think again.

The distinctive nature of the place had been shown to us on our first evening, sitting outside a small bar drinking beer, eating pizza and noticing that forty bicycles passed us for every car. And those cars that did pass were driven with such courtesy and care that we, a few feet away, scarcely noticed them. A major road separated the campsite from the river, but at night all we could hear was the lapping of water. But it wasn’t only transport that was different. Freiburg is a centre of solar power industry and research, and home of international organisations such as Local Governments for Sustainability. All new buildings in the city must comply with low-energy specifications and neighbourhoods have been designed and constructed with sustainability as their guiding principle.

How had all this happened? For most of the twentieth century Freiburg had apparently been a rather sleepy and conservative place. But the threat of a nuclear power plant nearby had galvanised the local people into action, and they had succeeded in preventing its construction. An inspiring example, but if that had been all, Freiburg would simply be another pleasant small European city without a nuclear power plant. Instead, the success of the anti-nuclear campaign catalysed the growth of environmental politics in the area, and the Green Party in particular. Freiburg has had a Green mayor since 2002 and the Greens have the greatest number of seats on the city council. It is this that has allowed Freiburg not simply to oppose destructive development, but to lead and champion  positive changes that have benefited all its citizens. 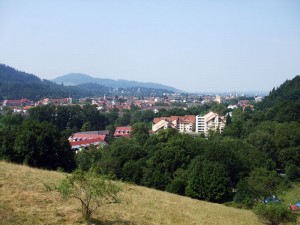 There seemed to be a message here for me. I had been a member of the Green Party for many years, but my energies had been so bound up by the anti-fracking campaign that there was little left for the wider questions. But now, still perched on the rock, I began to wonder whether I was missing the bigger picture. A world without fracking but with runaway climate change, plundered resources and growing inequality would be a cold comfort, while our best chance of eradicating the process for good would be to get more Greens into government. For now it was only the seed of a thought, and I collected my book and towel and wandered back to the campsite.

It’s now nearly eight months later, and though still a committed and enthusiastic anti-fracking campaigner and member of FFAN, I’ve stood down from my website and legal roles. There are plenty of people who know the issues now, people with a longer-term stake in Fermanagh than I have, who are better placed to take the campaign forward. Meanwhile elections, local and European, are looming, and fracking looks to be a major issue, at all levels. Some parties are still gung-ho about the process and its so-called benefits, though I suspect that the enthusiasm may be tempered as it reaches frackable constituencies. Some are still sitting on the fence, while others are keen to court the anti-fracking vote.

Does it matter who we vote for, as long as she or he claims to be opposed to hydraulic fracturing? I think that it does. The following are my thoughts, addressed to a hypothetical anti-fracking voter . One or two of the points are particular to Northern Ireland, where I’ve lived for the past eight years, but most apply equally to Britain, the Republic of Ireland and indeed most of Europe. I think that voting Green is the best way to stop fracking – this is why.

Why your anti-fracking vote works better in Green

1. The Greens are a European-wide party. It is only on a European basis that fracking can be eradicated permanently from the UK and Ireland. It’s no good expending energy on campaigning against one gas licence when another can be granted the next week. We need to ensure that we get robust environmental and health legislation that prevents fracking altogether, and that can only realistically be done at European level. The Green Party is working across Europe to do just that, with representatives at every level; on local councils, in national assemblies and in the European Parliament, a network of informed and passionate people committed to preventing fracking in our communities, and to outlawing it for good.

2. The Greens are consistently anti-fracking. Whether it is José Bové, the campaigning French farmer turned MEP, Caroline Lucas MP, who was arrested while protesting against fracking in Balcombe, Steven Agnew MLA who led the successful vote for a fracking moratorium in the Northern Ireland Assembly, Ross Brown, the Northern Ireland European candidate and founding member of Belfast Not For Shale, or the many grassroots Green Party members who have been tirelessly active in local frack-free groups, the Green Party at every level is solidly opposed to fracking. Members of other parties may make high-sounding pronouncements at their conferences and cosy promises at local meetings, but back at Stormont or Westminster it’s business at usual, and that means making life as easy as possible for the fossil fuel industry. Only the Green Party, which accepts no corporate donations whatsoever, is able to speak with one voice, saying that fracking is unacceptable always and everywhere.

3. The Greens have the policies we need for a frack-free future. “How will you keep the lights on?” “What about jobs?” “Won’t we have to depend on the Russians?” You know them, the questions that always get raised when you say you don’t want fracking. But they need answers, and the Greens have those answers. The Green Party has spent years developing sensible, fair and workable policies on energy, the economy and all the areas of political action that affect our daily lives. These policies show how we can have secure and safe energy supplies and a sustainable economy without depending on damaging and scarce fossil fuels or on the boom and bust of greedy speculation. The Greens don’t just say no to fracking; they say yes to a bright and better future for the common good.

4. The Greens are committed to a shared and non-violent future. Fracking is an emotive issue, bringing out our deepest feelings about the place where we live, our homes, our health and our children’s future. It’s natural that people should feel angry and upset about it, whatever their views. But it’s also very dangerous. We live in a society which has been tragically torn apart, again and again, and with wounds that are only beginning to heal. Issues like fracking can all too easily be used to reopen sectarian divides or to justify the use of violence. The Green Party is free from the damaging divisions of the past, entirely cross-community and committed to non-violence. You can have confidence that in voting for a Green representative at any level, you will be choosing someone who will present the anti-fracking case peacefully, fairly and in a way that works towards a genuinely shared future.

5. The Greens are growing. In 2010 we saw the first Green Party MP, Caroline Lucas, voted into the UK Parliament, a significant achievement in a first-past-the-post electoral system. Since then she has spoken fearlessly and effectively, often acting as the only real opposition, especially on subjects such as fracking, to the dismally similar policies of the Coalition and New Labour. The following year Steven Agnew became the second MLA to be elected as a Green Party candidate. Like Caroline, he has been the effective opposition to the Sinn Fein/DUP consensus and the voice of conscience on many issues, including fracking, in the Assembly. More Green Party groups are springing up across Northern Ireland, including in the potential fracking zone of Fermanagh, and more and more people are recognising that Green policies represent common sense and fairness in a world of intensifying climate change, bloated banks and the greedy and callous exploitation of both people and natural resources. A first preference vote for the Green Party will not only be a powerful anti-fracking message, but also a step  towards a greener and better future for us all.

Tanya is the current chair of the Fermanagh and South Tyrone Green Party.